Fifteen Fictional Characters That Influenced You (From @neverwear)

- November 17, 2010
Reading through my twitter stream today I saw a tweet from @neverwear linking to a Facebook note she made here.  If you don't know who @neverwear, aka Cat Mihos is, she is Neil Gaiman's merch queen (it says so on her Twitter page).  On her Facebook note she did a meme listing the 15 fictional characters that influenced her life.  I was very intrigued by this and so I decided to do one and share.  Read below for my 15, listed in no particular order.

FIFTEEN FICTIONAL CHARACTERS
The Rules: Don't take too long to think about it. Fifteen fictional characters (television, films, plays, books) who've influenced you and that will always stick with you. List the first fifteen you can recall in no more than fifteen minutes.

Let's Chat - Gotham, Rise of the Villians: Worse than a Crime Season 2 Episode 11

- December 02, 2015
What did you think about Gotham, Rise of the Villains: Worse than a Crime episode?  Let's discuss in the comments.
Read more 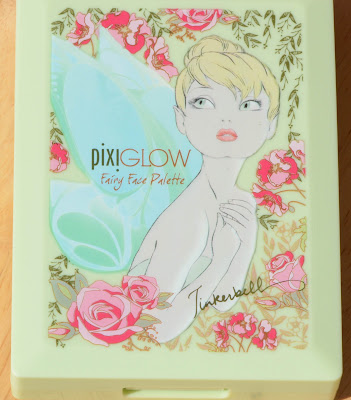 I've been biting my nails (not literally) in anticipation for the release of this collection.  Now here it is in all its glory and I've snapped off a few shots for you faerie duckies!  I decided to include the quotes by Petra from the boxes for each item cause they are just adorable and I think completely Tink approved PixiGlow Fairy Face Palette A whole face in a case, this palette is inspired by budding roses, berry nectars, and dew at dawn.  The lush shades are universally flattering and perfectly pigmented. Designed to create our all time favorite Pixi-pretty face! PixiGlow Straight On Till Morning Liner This Tinkerbell inspired, budge-proof liner in a deep jade-green infused with glimmery golden sparkle stays on until the morning - total "Tink" eye perfection. PixiGlow Pink Pirouette Nail Polish With a high-gloss finish and a chip-resistant formula, this nail polish is made to last while making nails look luminous & lovely -
Read more